Bathrooms, like other rooms in a home, are decorated according to one’s personal taste. Do a Google search or even look on sites like Pinterest and you can see examples of the different styles people use.

Ranging from basic, modern and contemporary styles to luxurious, retro and more, you can be sure that there are styles out there to suit most people’s tastes.

But what about if you are into computer or console gaming, surely there isn’t going to be some gaming-themed bathroom suites for games geeks is there? Well you might be pleasantly surprised to learn that actually, there is!

We have come across some cool looking retro and modern computer and console game themed bathrooms, carry on reading to take a look at these dream bathrooms for gamers and take inspiration for your own bathroom designs! 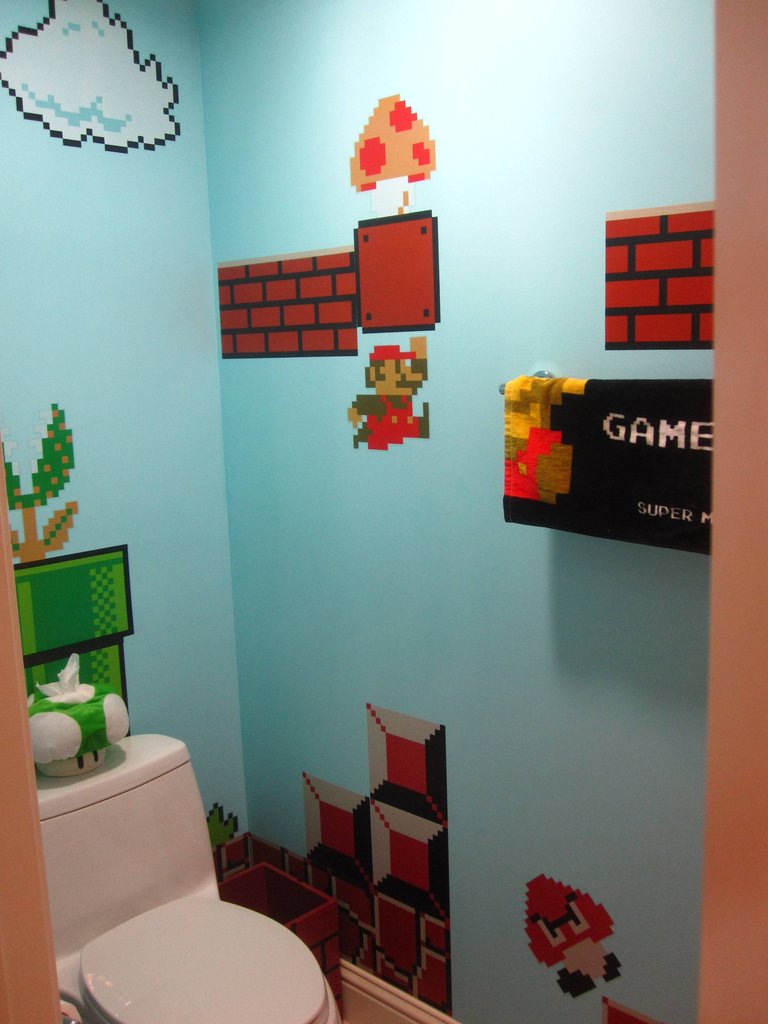 Super Mario Bros. are the ever-iconic characters from a number of best-selling games console titles by Nintendo. Reddit user Kueeny states that she obtained Dunn-Edwards’ “Azure Sky” blue paint for the walls, re-stickable Nintendo vinyl decals from thinkgeek.com, and the Nintendo soap controllers from Etsy.

The “Game Over” towel can also be obtained from toywiz.com. Check out more pics of Kueeny’s bathroom here. 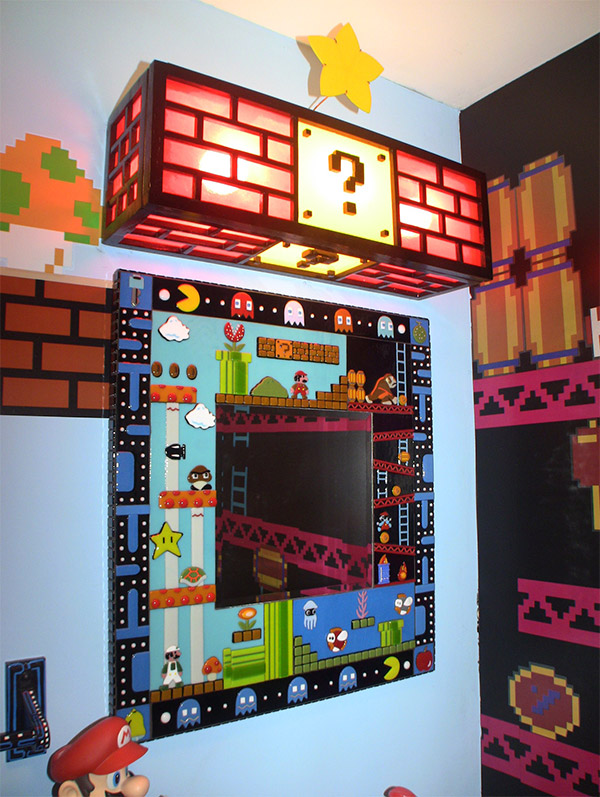 Check out more pics of his awesome bathroom here. 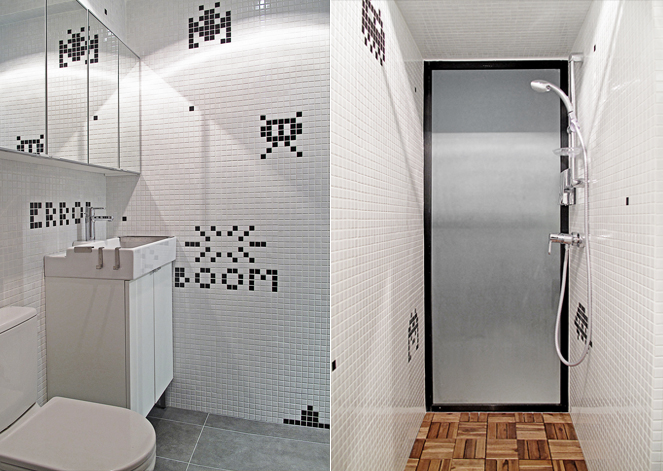 Image by One By Nine

Back in 2012, architects Łukasz Wawrzeńczyk and Konrad Grabczuk from One By Nine were commissioned to redesign the interior of an apartment in Hong Kong. The owner is presumably a massive computer games geek, because they got the firm to create a Space Invaders themed bathroom.

The tastefully decorated and modern bathroom has walls that are covered in black and white mosaic wall tiles, which have been cleverly laid to give that retro pixelly look to the Space Invaders, as well as choice words such as “error” and “boom”!

Even some other parts of the apartment have some Space Invaders styling to them too. Check out the full gallery of images. 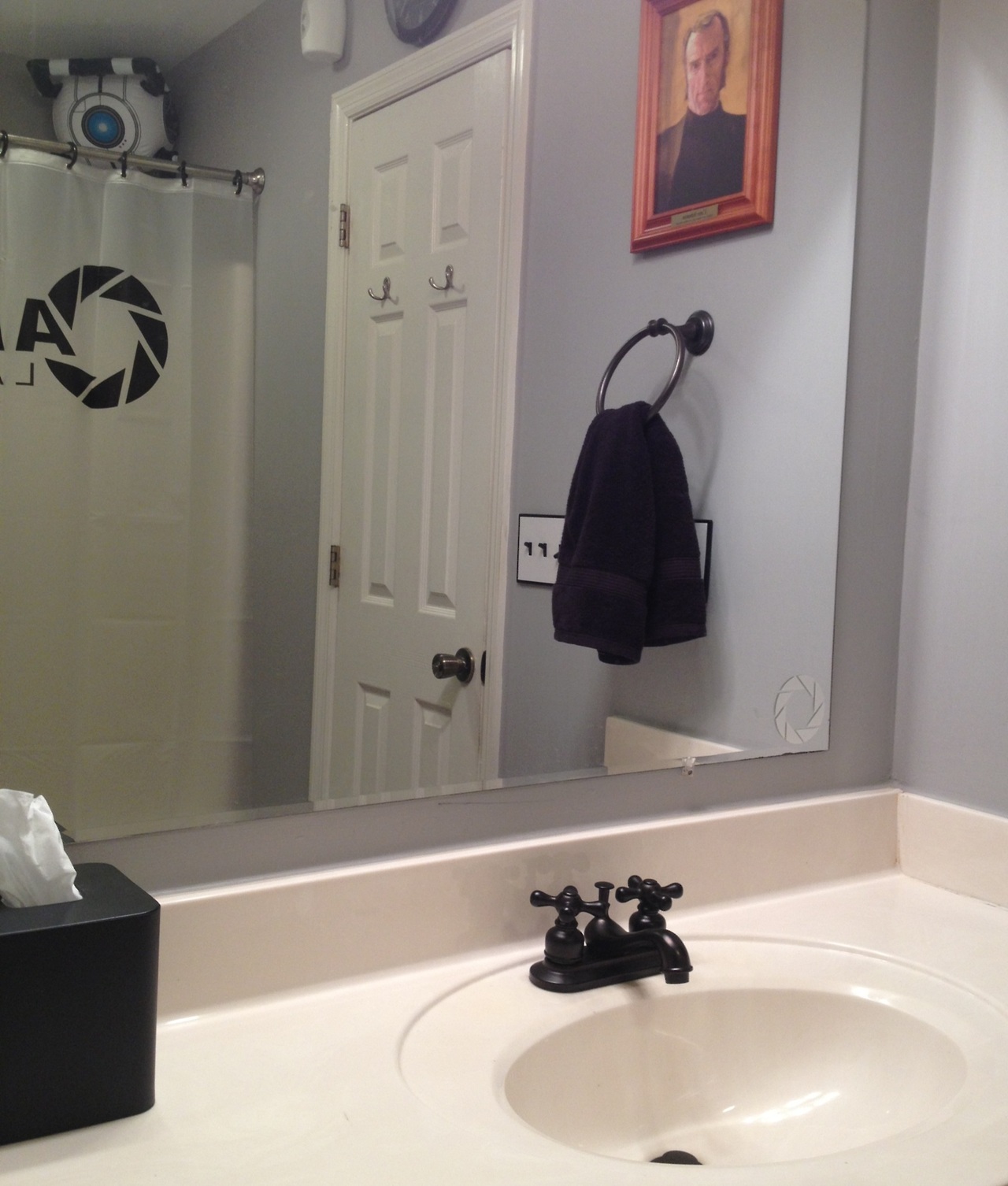 Stephen Lester is on a mission to fill his home with video games console and game memorabilia, with particular focus set on his favourite Sega consoles and games.

His guest bathroom is a slight exception to the Sega rule, as he is currently kitting it out with a Portal theme. The bathroom features a talking Cave Johnson portrait on the wall, and has Aperture Laboratories decor such as the bathtub curtain, and Aperture themed taps, towel, custom painted light switches and more!