Games consoles have always been well known for being quite expensive to buy, especially when a new model has just been released to the public. For example, the Sony PlayStation 3 had a retail price of £425; the Xbox 360 was priced at £279, and even the small Nintendo Wii cost £179 at launch.

The iconic Atari 2600 was even worse; when it was first released to the public back in 1977 it was sold for £130, which in today’s money equates to £500, give or take a few pence! To give you another example, the Sega Mega Drive was launched at a price point of £124 back in 1988, which works out to be £244 today. And on top of that, you have to pay extra for games and accessories like extra controllers, for example.

But sometimes, price may be no object to some people (i.e. wealthy people), with some individuals looking to purchase a games console modified to their exact aesthetic requirements.

Check out some of these super expensive, gold plated consoles to get an idea of just how much some crazy people are willing to spend! 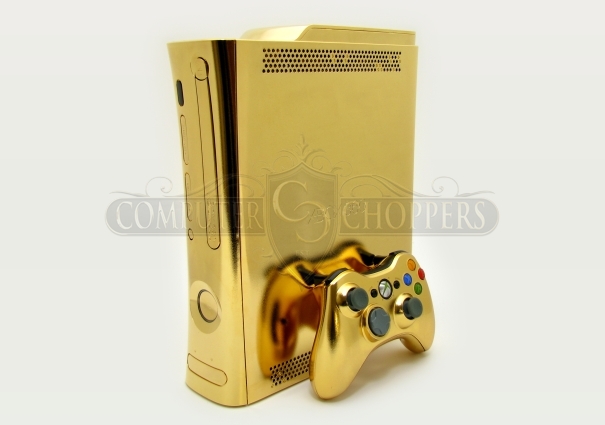 A company in the United States called Computer Choppers offers a gold plating service for any kind of gadget you may have.

They can gold plate your Xbox 360 with 24-carat gold, and offer a number of options such as laser engraving (text or graphics), and if you want a custom logo with diamonds, sapphires or cubic zirconia then they can do that for you too.

With over 50 different decorative finishes available for treating your Xbox 360, each type of plating comes in two distinct finishes – brushed and polished. Customisations can be made on multiple finishes for one product or combinations with other surface treatments.

If you want your controllers gold plated, that is also possible too. A basic console gold plating service costs just £3,280, so you’d need more than just a payday loan or a ‘quick dip in your overdraft’ to afford this kind of luxury! 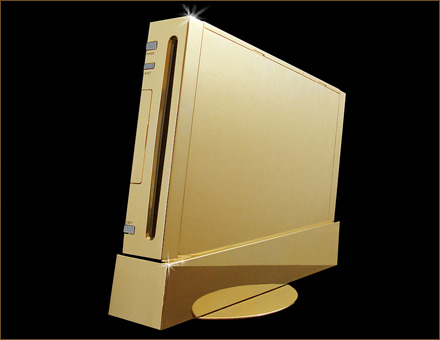 So what if a simple gold plating isn’t elite enough for you? Well if that’s the case, then perhaps Stuart Hughes can help you out!

The designer, along with two business associates, formed a business in Liverpool called Goldstriker International. They specialise in creating unique, gold plated gadgets encrusted with diamonds and other luxurious jewels.

If you are a fan of the Nintendo Wii and you have the cash to spend on a really unique, tastefully decorated copy of the popular games console, then for the princely sum of £300,000 you could have your very own one!

The Nintendo Wii SUPREME as they call it is officially the most unique and expensive Nintendo Wii games console in the world! It takes a pain-staking six months of precision workmanship to handcraft the ultimate Nintendo Wii.

The Nintendo Wii SUPREME is a limited edition of just 3, so be quick and get yours today!