The latest Battlefield game to grace our consoles is set for release this October. With an all new, and immensely powerful, engine to play with, a campaign boasted to span enormous and highly detailed maps and online play for lasting enjoyment with friends (or foes), Battlefield 3 looks set to be substantially better than the previous titles in this series. Whether this latest game offers enough to step up to the exceptionally high standards of Call of Duty remains to be seen, but with so many rumours abounding the Modern Warfare developers may be watching their sales figures carefully.

Battlefield 3 developer DICE hasn’t given too much away about the plot of this game, but what we do know is that you will be taking control of an elite US Marine group. A range of missions will take you to different locations around the globe, such as Paris and New York, and expansive maps will have you appreciating the size of these locales.

The biggest update to the Battlefield series is actually under the bonnet, in the form of the new Frostbite 2 technology that allows for larger maps, better graphics and overall much smoother gameplay. The game interface will be relatively familiar to anyone who spent much time with the game’s predecessor, Bad Company 2, as the heads up display and many of the icons haven’t really been altered. That’s no bad thing though, as the information presented on your screen is nicely intuitive and easy to understand. 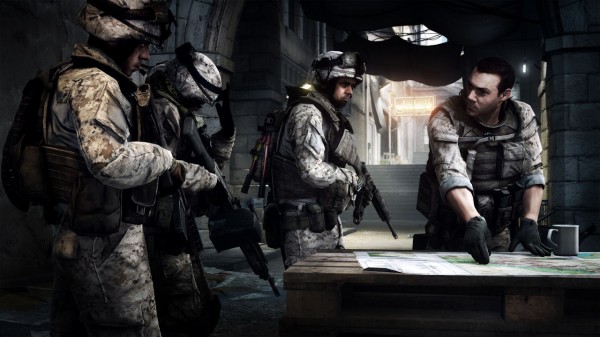 Once you’re through with the campaign you’ll be happy to hear that the multiplayer modes of Battlefield 3 are highly polished and provide endless hours of entertainment. You can choose from one of four different classes, Medic, Engineer, Support Soldier and Recon Soldier. Tactics will certainly come into play as you take to this side of the game, with your Recon Soldier able to spy out useful information, and your Support Soldier handing our ammunition once yours is extinguished. Different multiplayer modes will keep you interested, with Conquest, Team Deathmatch and Rush options featured, not to mention dynamically updateable dog tags to show off your latest achievements.

As in previous games in this series there is very little that can’t be destroyed to be found in the varied maps. What might seem like an excellent piece of cover could soon be blown to smithereens as a flurry of weapon fire impacts on the wall in front of you. But never fear; you can always take your revenge by utilising one of the many vehicles on offer. Everything from tanks to boats, helicopters to jets will be available to add another level of interest to your attacks.

Battlefield 3 has been built from the ground up with the new Frostbite 2 engine and, in terms of graphics, this is quite obvious. From claustrophobic settings as you run through the narrow streets of Europe, to wide open vehicle-friendly landscapes in the Middle East, every mission and every map is immaculately detailed and beautifully sculpted. Animations too are smooth, realistic and varied. You won’t find opportunity to stand still for too long in this game, but in those brief moments of quiet you’ll certainly appreciate the level of detail included to maximise your immersion in the game. 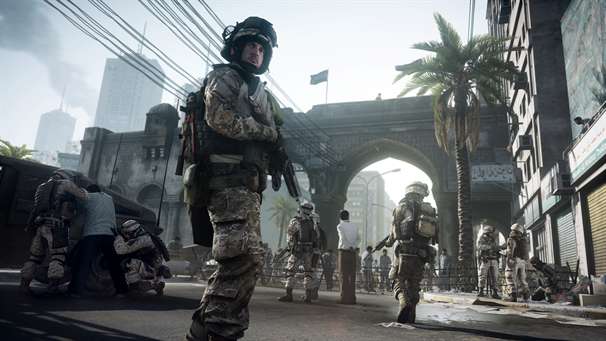 Call of Duty hasn’t had much real competition in recent years, but this new game could be the contender we’ve been waiting for. A polished and extensive campaign, stunning graphics and many multiplayer modes makes this a game that fans of the series certainly won’t want to pass on.